Kayla is a graduate of the University of Virginia School of Nursing, and recently began her career as a Registered Nurse on an Acute Cardiology unit at the UVA Medical Center. Kayla was a member of the Royalettes for 11 years, where she twirled competitively and had the honor of representing the University of Virginia as a Feature Twirler with the Cavalier Marching Band. She remains active as a coach for Royalettes both in Richmond and Charlottesville, and especially enjoys coaching twirlers that are just beginning their journey with the sport she has grown an incredible love and passion for. Kayla’s proudest moments throughout her twirling career have been sharing the field in Scott Stadium with her favorite twirling partner, Bree, and most recently seeing her younger sister, Spencer, light up the field as she begins her first year as UVA’s newest Feature Twirler.

Holly's goals and desires for the Royalettes is to help all members achieve the best possible physical goals they desire for twirling and for the presentation of all routines.  Helping them achieve these goals through stretching, conditioning, body line work & myo-facial recovery is why I’m here!  It is hugely rewarding to assist a member in their ability to move in any/all directions and to help them achieve their goals and make it look fantastic, easy & just plain feel phenomenal.  Here’s to helping everyone discover their true strengths - not only the ones they know they have, but the hidden ones, too!   Holly's background includes 6 years as a competitive gymnast, 5 years as a competitive dancer, 4 years as Dance Instructor, 8 years in the Fitness Profession as Personal Trainer (AFPA Certified), Group Fitness Instructor, & Stretch/Movement Coach.  Certified in Basic First Aid, CPR, & AED.  Certified, H20 Instructor.  Holly's areas of expertise are Core Strengthening, Balance, Agility, Flexibility, Functional Movement, & Muscle Conditioning with proficiencies in variety and modifications.  She believes that the less you move, the less you will be able to move, so keep progressing in every plane & every direction for as long as possible! 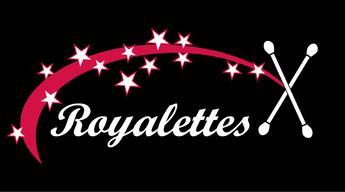 Carrie started twirling at the age of 4, and became a Royalette at the age of 8. She competitively twirled until the age of 18. She then went on to become a coach for the Royalettes. Carrie earned her Bachelor of Science from Radford University in 2004, and her Masters of Science from Virginia Commonwealth University in 2006. She is currently a Senior Athletic Trainer at CJW Sports Medicine, and Head Athletic Trainer at Matoaca High School. Carrie currently resides in Chester, VA with her husband, Chris, and her daughter, Andrea. 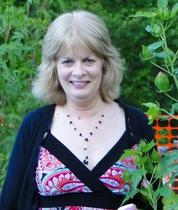 Tara started twirling with the Royalettes at the age of seven and continued competing throughout her childhood. She twirled for her high school as a Manchester Majorette and upon graduation, began coaching while earning her masters degree in Elementary Education at VCU. She now teaches at Goochland Elementary School and resides in Midlothian, VA with her husband, Jordan, and their daughter, Ellason.

Amanda is from Powhatan, Virginia and currently teaches history and government at Powhatan High School.  She received her Bachelor’s Degree in History and Social Sciences with a Concentration in Secondary Education from Longwood University in 2010.  Amanda was a member of the Royalette Baton Corps from 1998 to 2004 and competed both individually and on teams.

Bree is currently an Athletic Training Graduate Student at the University of Virginia where she previously completed her undergratuate courses in Kinesiology. Bree twirled competitively with the Royalettes for 11 years, and on the field at Manchester H.S. and UVA. She continues to teach in Charlottesville and occasionally when back at home in Richmond. "Twirling influenced my future plans, and I hope to be able to bring home some skill and knowledge to aid other twirlers. I love caring for athletes, and especially helping twirlers develop their skill while keeping their bodies healthy."

Lindsay is a 2011 graduate of Virginia Tech, where she graduated with honors, earning a Bachelor of Arts in Interdisciplinary Studies. She also has her teaching endorsement from Old Dominion University and is currently a 3rd grade Reading/Language Arts teacher at Pocahontas Elementary School in Powhatan, Virginia. Lindsay has been involved in baton twirling since she was 6 years old, winning many state, regional, and national titles as a twirler with the Royalettes. While she loves coaching all areas of baton twirling, 2-baton and 3-baton are her favorite routines to create.

Rhonda was born in the Tidewater area of Virginia and started twirling while in the 2nd grade.  Her first coach, Bunny Humphries, was taught by Shelvy Manning.  While living in Tidewater, she twirled with Bunny’s Twirlettes, and then the Tidewater Twirlettes, and was in the “Toppers” division of the Corps, where she competed individually and with her team.  She continued twirling throughout high school and was a feature twirler at Monacan High School, in Richmond, VA.  She is also a registered NBTA Judge.  In her spare time, she enjoys being with family and friends.

Victoria is a graduate of the University of Virginia, where she received her Bachelor’s Degree in English and Media Studies, and was dubbed one of the “Sabre Twins” for the Cavalier Marching Band.  Victoria was a member of the Royalettes Baton Corps for 19 years, and has now seamlessly transitioned to an assistant coach. Victoria and her twin sister, Brittany, captured the Grand National Duet Championship title in 2004, 2007 and 2014. In 2014, Victoria and Brittany were awarded the opportunity to become members of Team USA, where they competed in Lignano Sabbiadoro, Italy, bringing home the Silver Medal. Additionally, Victoria has traveled to Trujillo and Lima, Peru as a United States Twirling Ambassador. Her two most proud individual accomplishments were winning 1st runner-up to Senior Miss Majorette of America and winning the Preliminary Talent Award at the Miss Virginia Pageant.  She also recently completed her Masters in Healthcare Administration.

Brittany is a 2013 graduate from the University of Virginia and recently completed her Master's of Elementary Education at Virginia Commonwealth University. She represented UVA as a "Sabre Twin" for the Cavalier Marching Band and is the first feature twirler for the VCU Peppas Pep Band. She has been twirling for 19 years, and has won numerous local, state, and national titles.  However, she is most proud of capturing the 2014 National Senior Duet Championship title with her twin sister, Victoria, allowing them to represent the United States at the 2015 WFNBTA World Championships held in Lignano Sabbiadoro, Italy where they earned the Silver Medal. Brittany has served as a team member and team captain for the Royalettes Baton Corps and enjoys coaching and helping young twirlers achieve their goals.

Rachael currently lives in New York City, New York and assists with coaching at competitions and other practices when she comes home to visit. She has been twirling since age 10 and began her coaching involvement at age 13 after being asked to help coach the beginner twirlers. She graduated from Virginia Commonwealth University with a B.S. in Psychology and a focus in Human Resource Management. She is currently pursuing her M.S. in Human Resources at New York Institute of Technology and has held progressive roles in Human Resources Management over the past six years. Rachael has won state, regional, and national titles, and is proud to have been instrumental in coaching many Royalettes who twirl for their universities today. She enjoys coaching all levels and types of twirling with an emphasis on technical execution & personal goal-accountability.

Diane was born in Wilmington, NC and earned her Bachelor of Science from VCU, where she majored in Social Work.  Diane is also the founder of the Royalettes.  Over the years Diane has worked hard to create a wonderful program for young people.  She has had numerous champions under her direction.​  She is also the twirling coach for the University of Virginia Cavalier Marching Band.  She resides in Richmond with her husband, Richard, and has 2 dogs and 3 cats. In her spare time she enjoys spending time with ​her grandchildren.